“If you are building a new home and considering using steel windows and doors as of July 1, 2013, you most likely know about Title 24. We know Title 24 specifications and can help guide you through this confusing process, to make your experience less stressful.”

The Energy Commission adopted the 2008 changes to the Building Energy Efficiency Standards for a number of compelling reasons:

1. To provide California with an adequate, reasonably-priced, and environmentally-sound supply of energy.

2. To respond to Assembly Bill 32, the Global Warming Solutions Act of 2006, which mandates that California must reduce its greenhouse gas emissions to 1990 levels by 2020.

3. To pursue California energy policy that energy efficiency is the resource of first choice for meeting California’s energy needs.

4. To act on the findings of California’s Integrated Energy Policy Report (IEPR) that Standards are the most cost effective means to achieve energy efficiency, expects the Building Energy Efficiency Standards to continue to be upgraded over time to reduce electricity and peak demand, and recognizes the role of the Standards in reducing energy related to meeting California’s water needs and in reducing greenhouse gas emissions.

6. To meet the Executive Order in the Green Building Initiative to improve the energy efficiency of nonresidential buildings through aggressive standards. 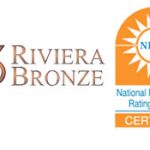 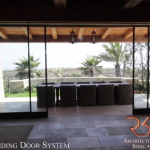